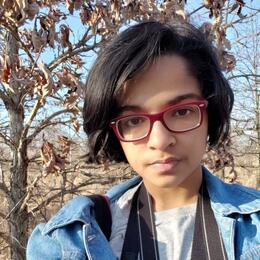 It’s been a banner year for American Oystercatchers, the iconic shorebirds named after their diet of mollusks and small sea animals. Along with Least Terns and Wilson’s Plovers, they nest between April and July on Lea-Hutaff Island, an uninhabited 5,641-acre barrier island protected and managed by Audubon North Carolina.

The 2020 breeding season on the island has been one of the most successful on record for American Oystercatchers at this site, with 21 out of 35 nests hatching.

But surviving to hatch is only half the battle. Anna Parot, Audubon coastal biological technician, monitors the chicks by capturing them, measuring their weight and other metrics, and placing bands on their legs when they are old enough to carry them—at least 24 days of age. She banded 17 of these chicks this season.

It’s a lot of work to find enough food and protect chicks from the hot sun and predators, so it’s impressive when new oystercatcher parents are able to raise chicks on their first attempt. But that’s just what Parot found on Lea-Hutaff.

One of the successful parents that fledged babies was a bird that Parot banded as a chick in 2016. “I checked the American Oystercatcher band records and this was the first year it was seen nesting,” Parot said. “It is pretty impressive that a bird is successful the first year it tries to mate.” The bird was born on nearby Masonboro Island, another undeveloped island reserve that is one of Audubon’s close partners in managing and monitoring beach-nesting birds.

The COVID-19 pandemic prevented Parot and Audubon Coastal Biologist Lindsay Addison from visiting Lea-Hutaff Island frequently, so they weren’t able to monitor the American Oystercatcher nests as often as in past years. Because of this, they were able to confirm only nine of the chicks as fledged—meaning they were observed leaving the nest, with enough wing muscle and feathers for flight.

Audubon staff is continuing to monitor oystercatchers in order to determine the status of the remaining eight chicks that were banded. “Sometimes, we don’t see them ourselves,” Addison explains, “but sometimes we get an assist from members of the public who can also spot and report banded oystercatchers to www.amoywg.org. We’ve had a few cases where we never saw the chick after it fledged, but someone else, even out of state, turned it up, much to our delight.”

American Oystercatchers lay up to three eggs in shallow depressions, called scrapes, on the island’s sandy beaches. They will try up to three times to raise chicks that fledge successfully.

The most prominent threats facing American Oystercatcher populations are disturbances to their nests by both humans and predators, which include raccoons, coyotes, and gulls.

Every year, Audubon helps protect breeding coastal birds on Lea-Hutaff Island by placing signs along beaches where pairs of birds are nesting and blocking off the areas from people with string. Including Lea-Hutaff and other coastal bird sanctuaries, Audubon manages and protects 40 percent of all nesting waterbirds on the North Carolina coast.

The success of this year’s American Oystercatcher colony at Lea-Hutaff Island is a positive reminder that bird populations can thrive with a little bit of help, and that every chick counts.