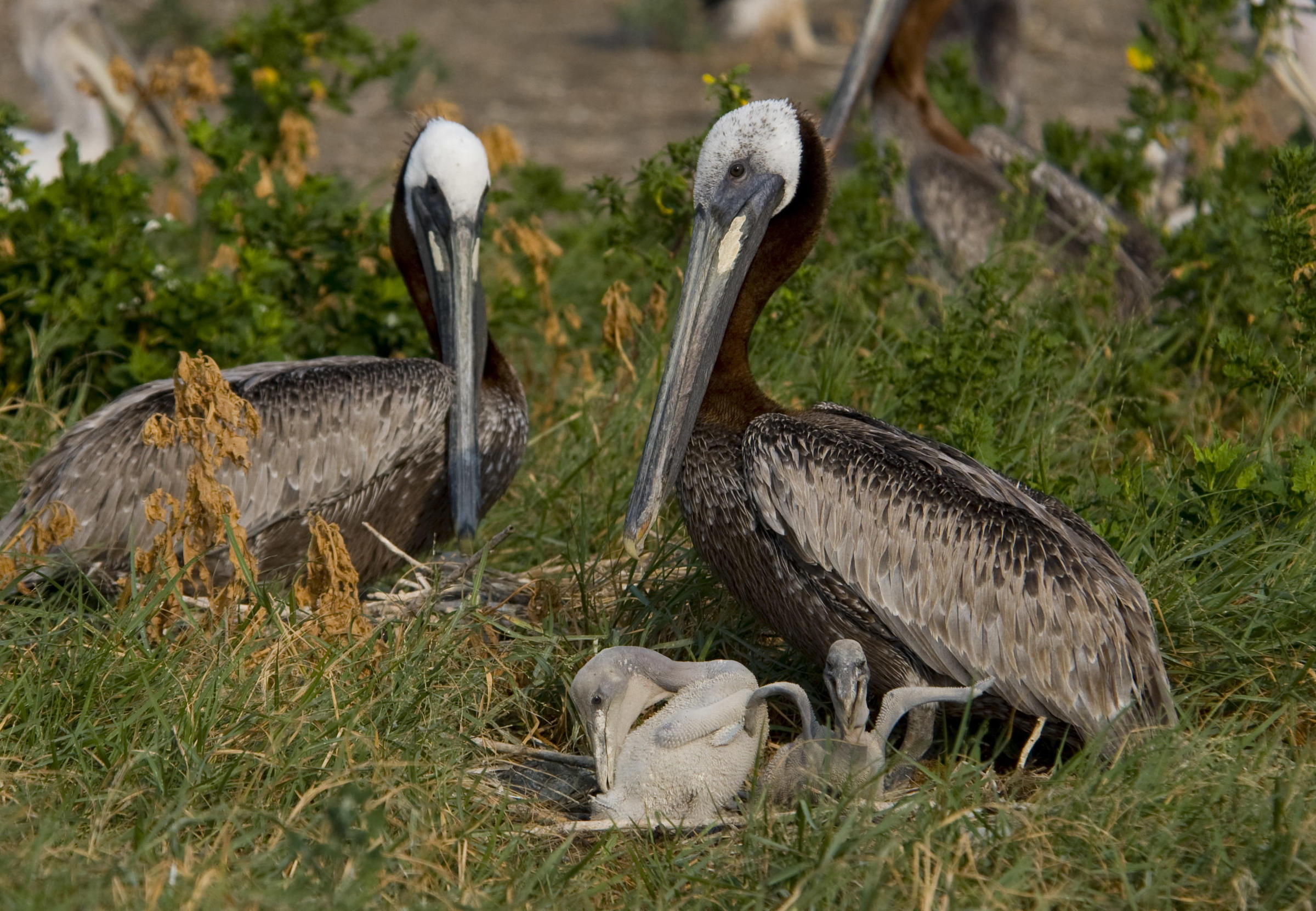 Photo: Walker Golder
About Us

Bill is a 1977 graduate of the University of Pennsylvania and a 1980 graduate of the University of North Carolina School of Law. After practicing law in Chicago for 16 years, Bill and his family moved to Winston-Salem in 1996. For the next nine years, Bill served as Director of Litigation for Oakwood Homes Corporation. Bill and Will Martin formed Martin & Gifford, PLLC in June 2005. That firm has offices in Winston-Salem and has served as general counsel for the North Carolina Association of REALTORS® for the past 15 years.

Bill and his firm also representmany local Boards of REALTORS® as well as numerous real estate firms and agents across the state. Bill’s real estate brokerage practice includes the defense of regulatory proceedings before the North Carolina Real Estate Commission, representation of local boards and REALTORS® in ethics hearings, and litigation matters brought by and against North Carolina REALTORS®.

Although Bill has always loved the outdoors, he did not discover his love of birds until age 45. He has been trying to make up for lost time ever since. He says that his greatest pleasure is not finding an interesting bird, but showing that bird to as many people as possible.

Mary Abrams is a retired Army Colonel with extensive logistics and leadership experience amassed while serving in Europe, Asia, and the United States for over 27 years. Her culminating position was Inspector General for the U.S. Army Pacific, where she advised leaders on maintaining the capability of soldiers, civilians, and family members throughout the Pacific region.

Mary now serves the community through a variety of nonprofit and government agencies to improve educational outcomes, food security, and the environment. She devotes much of her time to the Wake Audubon Society, where she has served on the Board of Directors and several committees since 2019. Mary earned a Masters in National Security and Strategic Studies from the Naval War College, a Masters in Natural Resources from Virginia Tech, and a Bachelors in Industrial Distribution from Clarkson University. Mary developed a passion for the outdoors growing up in the Adirondack Mountains in Upstate New York and continues to explore nature everywhere she goes.

Mike Bryant retired in 2016 from the U.S. Fish and Wildlife Service after a 37 year career on 17 refuges in three regions. He spent the past 20 years as the refuge manager for six national wildlife refuges in eastern North Carolina. Through his tenure with USFWS, Bryant has gained a deep understanding of the natural resource challenges facing coastal North Carolina. His refuge work included managing habitat for migratory birds, threatened and endangered species, and other wildlife, all while balancing public uses that help develop and sustain support for these resources. Bryant is a firm believer that collaboration and building public support are essential to success in conservation.

Travis was raised on a farm in rural eastern North Carolina and has spent his entire life serving others. Not only did he earn his undergraduate, master’s, and doctorate degrees from NC State University, he also spent 34 years as a NCSU faculty member. Travis began his career in Pasquotank County and after twenty-eight years, he spent his remaining six years on campus in the College of Agriculture and Life Sciences and finished his career as Associate Dean and Director and Associate Director of the NC Cooperative Extension Service.

Travis currently serves on several boards at NC State University and local community college and remains very active not only within his home community, but across the state. Outside of work, Travis enjoys hiking (Iceland and the Tetons near Jackson Hole, Wyoming), working on his family farm with his brother, and is a faithful follower of sports including the Wolfpack and the Pittsburgh Steelers. Travis attends New Community Church in Elizabeth City.

Michelle Merritt Leonard has been actively involved in conservation in North Carolina for over 25 years. Working with people from the mountains to the coast, she helps connect individuals to organizations that can help them achieve their land conservation and historic preservation goals. Michelle and her husband, Mike live with their daughter, Iris in historic Bethania, where she serves as Mayor Pro-Tem for the Bethania Board of Commissioners.

Justin Outling is a partner and Director of Diversity and Inclusion at Brooks, Pierce, McLendon, Humphrey & Leonard, L.L.P. in Greensboro, practicing in business litigation and white-collar criminal defense. He is an alumnus of the University of North Carolina at Greensboro, as well as the Duke University School of Law. Prior to joining Brooks Pierce, Justin served as a federal law clerk to Judge William L. Osteen, Jr. of the Middle District of North Carolina in Greensboro. Subsequently, Justin practiced law at Cleary Gottlieb Steen & Hamilton L.L.P. in New York City, where he represented financial institutions and multi-national corporations in securities and other complex litigation, as well as in criminal and regulatory matters. In addition to his work as an attorney, Justin is a member of Greensboro City Council and serves the Greensboro community in a number of roles, including as a Board member of Carolina State Bank, Preservation Greensboro, as well as the Co-Chair of the Board of Visitors for the University of North Carolina at Greensboro.

Jesse Pope is the Executive Director of the non-profit, Grandfather Mountain Stewardship Foundation. Jesse has 18 years of experience working for the nature park in many capacities, most notably as Backcountry Ranger, Animal Keeper, Chief Naturalist and Director of Education and Natural Resource Management. More recently, Jesse has worked as the Assistant Vice President helping oversee day-to-day operations of the park.

Jesse attended Lees-McRae College for his undergraduate degree and Montreat College for graduate studies in environmental education. He is very passionate about the Stewardship Foundation’s mission to inspire conservation of the natural world by helping guests explore, understand and value the wonders of Grandfather Mountain.

Bill is an attorney at Brooks, Pierce, McLendon, Humphrey & Leonard, L.L.P and the former secretary of the North Carolina Department of Environment and Natural Resources from 2001-2009. The department in those years included 27 different divisions, managed an annual budget of approximately $1 billion, and had 4,000 permanent and 2,300 seasonal employees. In addition, Bill was director of legal affairs for the agency from 1979-1984. Having returned to Brooks Pierce in 2009 where he had previously (1984-2001) helped to develop the firm's environmental practice, Bill now focuses as a lawyer and consultant on projects, cases and initiatives in environmental law, environmental health, natural resource conservation, military readiness, and sustainability.

Bill served as a visiting professor in environmental science and policy at the Duke University Nicholas School of the Environment from 2010-2014.

Tom Williams retired from Duke Energy on March 31, 2017, after working for the company for 24 years. While at Duke, Williams most recent role was serving as director of the Corporate Media Relations and Executive Support team for the company from 2007 to 2017, where he was one of the seven most senior leaders in a department of more than 100 professionals. In this role he was the lead spokesperson for all corporate issues and was accountable for the internal and external communications for the company’s top five corporate officers and their leadership teams. This included the CFO, General Counsel, Federal Government and External Relations, Sustainability, Strategic Services and the Renewable and Commercial Business groups. Williams also directly led national and energy trade media relations efforts for CEOs Lynn Good and Jim Rogers.

Omari was raised in the West End community of Mebane – his father’s hometown and a historical black community founded by former slaves after the Civil War in Alamance County. During the past several years, the West End Revitalization Association (WERA), a nonprofit community improvement organization founded by Omari's parents and other concerned neighbors, has led the effort to provide basic amenities to the community such as adequate water and sewer services, the paving of roads, and the repair and clean-up of failing septic systems. This lack of basic amenities contributed to a serious decline in the environmental integrity and public health of the residents. Since his high school years, Omari has worked with WERA to help provide healthy and sustainable solutions for the people in the West End community and other communities like it.

In addition to his work as an attorney, Omari serves on the Leadership Team of the NC Climate Justice Collective. Omari has a passion for physical fitness, so he became a licensed Zumba instructor in July 2018, offering Zumba and group dance fitness classes with his brother Ayo as TwinZIN. 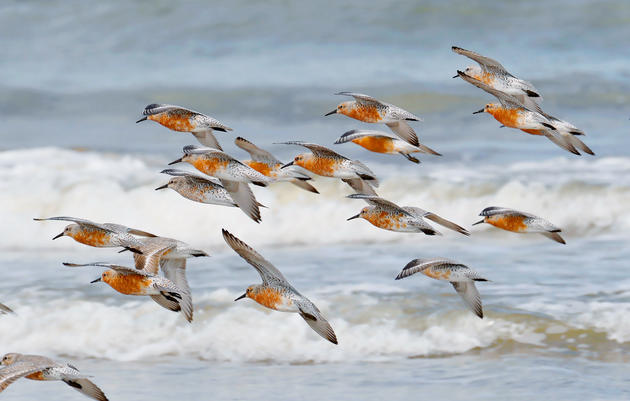 Audubon NC publishes a monthly e-newsletter with updates on our conservation work around the state and info about upcoming events. 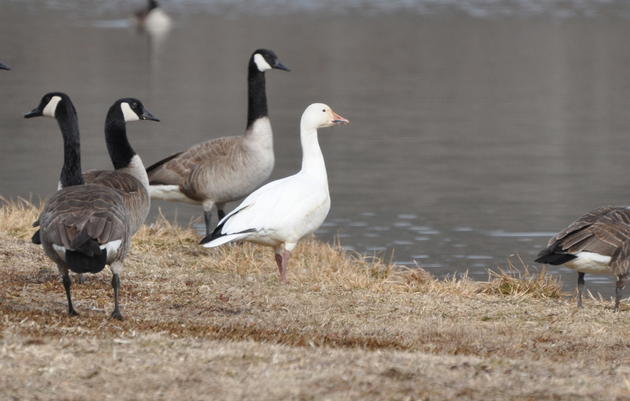 Our newsletter is now printed three times a year, and is delivered to members of the National Audubon Society living in North Carolina. 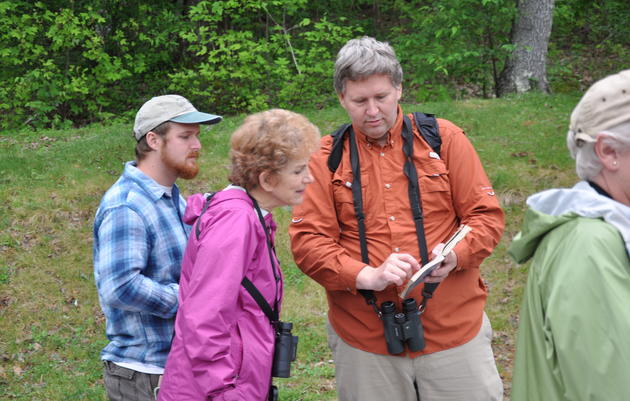