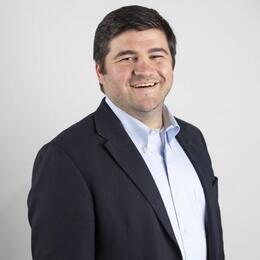 Thanks to Audubon’s dedicated advocates, we saw major victories for birds in 2021, from local native plants ordinances to a landmark bipartisan climate bill in the N.C. General Assembly. Along the way, we more than doubled our flock of people taking action for birds.

We’re continuing the momentum in 2022 and will be speaking up for bipartisan policy solutions for birds and people alike. From climate change to habitat loss, the threats to birds have never been greater, and birds tell us the time to act is now. That’s why we’re taking action at all levels of government—local, state, and federal.

Last year, Audubon chapters across the state led a series of inspiring victories for birds by organizing their peers and working with their city councils. In just the first six weeks of 2022, chapters in Greensboro and Asheville finalized Lights Out programs with their cities, making the night skies safer for migrating birds.

We have a lot more in store. From mountains to coast, we’re working with chapters on a suite of new bird-friendly ordinances and proclamations, with a particular focus on Lights Out programs and native plants ordinances. To get involved, reach out to your local chapter.

Protecting Birds and Family Landowners: Last year, Audubon advocates helped pass a bill through the N.C. House that would protect family landowners by helping them keep their land and wildlife habitat intact. These families, known as heirs property owners, are vulnerable to involuntary land loss. The problem disproportionately affects Black families, and is present in all 100 North Carolina counties. The Uniform Partition of Heirs Property Act, House Bill 367, would provide important protections for these families and is now in the Senate. We’ll be focused on getting this bill across the finish line during this year’s short legislative session.

Growing the Market for Native Plants: Last year, Audubon advocates helped pass our state’s strongest native plants bill through the Senate. This year, we’re focused on supporting Senate Bill 628 in the House. The bill would ensure native trees, shrubs, and flowers are used for landscaping on state property, roadways and local projects that receive state funding.

Sustaining Conservation Funding: The state budget approved last fall includes historic investments in conservation funding and flood resilience. We’ll be speaking up to ensure this funding continues to be a priority in future state funding decisions.

Ensuring an Equitable Clean Energy Transition: The bipartisan climate bill passed last year requires the North Carolina Utilities Commission to develop a Carbon Plan in 2022 to draw down carbon emissions from the power sector. Audubon will be engaging in the stakeholder process to ensure the plan delivers carbon emissions reductions and protects low- and moderate-income families from high electric bills.

Removing Barriers for Responsible Offshore Wind Energy: North Carolina has more offshore wind energy potential than any state on the Atlantic Seaboard. An offshore wind ban instituted by the previous administration is scheduled to begin this summer. Audubon will be focused on reversing the ban and will continue to engage with the projects already underway in North Carolina to ensure they’re planned and built responsibly, in ways that protect birds and help reduce the worst impacts of climate change. Read our Responsible Offshore Wind Energy Guidelines here.

Supporting Historic Federal Investments in Habitat and Wildlife: North Carolina’s Congressional delegation has shown up in a big way for the Recovering America’s Wildlife Act, or RAWA (HR 2773 in the House and S 2372 in the Senate). Nine of 13 Representatives and both Senators are now cosponsors. The bill would represent the biggest investment in wildlife and habitat in a generation, and Audubon will be mobilizing in North Carolina to support the bill’s passage in 2022.