Audubon made significant inroads on our priority issues this year and strengthened relationships with key lawmakers in the General Assembly.  What was our secret to success?

Audubon’s 25,000 members, chapter leaders and Ambassadors that are some of the most passionate advocates for change in the state.  We couldn’t have done it without you. Thank you!!!

These and many other examples show why Audubon is the most effective membership organization for conservation and clean energy in North Carolina.

What to Look for Coming Up:

The North Carolina General Assembly “long” session adjourned in the early hours of Friday, June 30, just in time for lawmakers to make it back to their districts for the 4th of July weekend.  In normal years, the legislature would not convene again until next spring for their “short session,” but they have decided to reconvene on Aug. 3 to tie up loose ends on some controversial bills and sort out their redistricting plans.

Anything is possible when the legislature is in session, so we’ll need to stay on our toes and be responsive to any threats and opportunities facing birds!

How We Fared on Key Issues This Legislative Session

Audubon NC successfully fought back against multiple attempts to overturn the 2011 ban on use of state taxpayer dollars to fund terminal groin projects!  In both the budget and regulatory reform bills, some coastal lawmakers sought to establish a loophole whereby dedicated funds for beach nourishment could be used to build terminal groins and other hardened structures.  Installation of terminal groins on the few remaining natural inlets on North Carolina’s barrier islands would be devastating to imperiled coastal shorebirds like the Piping Plover and Red Knot.

Although we were successful in defeating this loophole this session, Audubon NC and our partners will need to stay vigilant as we expect this issue to arise again when lawmakers return later this year.

Lawmakers continued to show their support for land conservation.  The final budget includes $18.3 million to the Clean Water Management Trust Fund and $19.7 million to the Parks & Recreation Trust Fund for 2017-2018.  These two funds have protected significant amounts of land in North Carolina, including many Important Bird Areas and other natural areas that birds depend upon for food and habitat.  Although we were hoping to make last year’s increase in conservation funding the “new normal,” this year’s funding levels were consistent with prior year funding levels.  Governor Cooper vetoed the budget, but it was overridden by the legislature and remains in effect.  Audubon and our ‘Land for Tomorrow’ coalition partners will be working to increase future levels of conservation funding, including dedicated funding that is not subject to the whims of the annual appropriations process, in the next two years.

HB353 passed to add Warwick Mill Bay, a rare Carolina Bay that plays host to one of the state’s largest Wood Stork populations, as a Natural Area to the State Park System.  Audubon NC played a key role in partnership with The Conservation Fund and NC State Parks to protect Warwick Mill Bay last year and we are excited to see it receive this additional level of protection.  The bill now goes to the Governor’s desk where we anticipate it will be signed.

Close to a dozen bills were introduced in the legislature this session to weaken the state’s Renewable Energy Portfolio Standard, or put significant new restrictions on wind and solar projects in the state.  Audubon and our partners were effective in blocking these harmful bills from taking effect.

Audubon was proud to throw its support behind HB 589, a bipartisan, multi-stakeholder bill that emerged near the end of the session that will nearly double the amount of large scale solar in North Carolina over the next four years and legalize “solar leases,” which make it more affordable for homeowners and businesses to put solar on their building rooftops.  While the bill will expand the market for solar in North Carolina, one unfortunate last-minute change to the bill will slow the state’s wind industry in the short term.  The Senate version of HB 589 included an 18-month moratorium on new wind energy projects in the state pending the completion of a study to determine the impact of wind farms on nearby military installations and flight routes.  Although Audubon and our clean energy partners significantly reduced the length of the wind ban (original proposal was 4 years), we believe that any ban sends a bad message to the wind industry and is contrary to the existing, case by case, review of wind projects that is working in our state.  You can see our statement on the bill here.

Thank you again to our passionate supporters and dedicated advocates!

The bipartisan bill was passed by the House and Senate on June 30 and awaits the Governor’s signature. 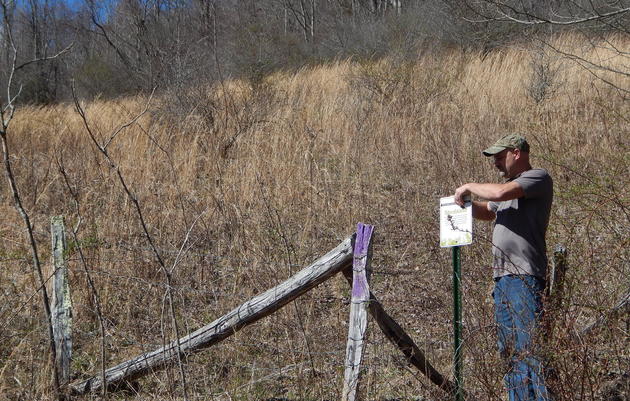 Farm Bill-funded projects focus on declining species that can benefit from conservation on private lands. 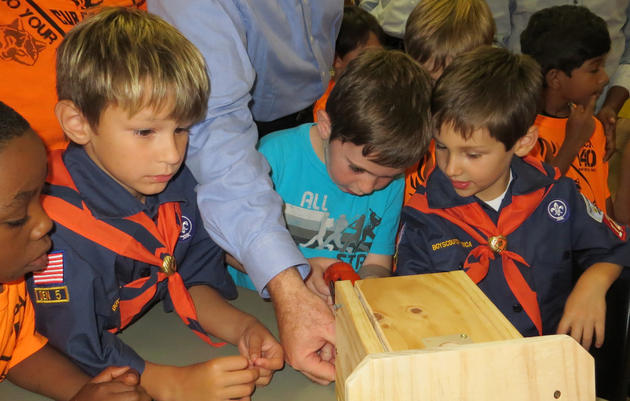 Audubon Projects for Scouts – Our Birds Need YOU!