With below freezing temperatures lingering in coastal North Carolina for record durations in early January 2018, the best answer a Brown Pelican can hope to come up with to the question above is “Away!”

Fortunately, that’s the case for most Cape Fear pelicans in North Carolina. Like the majority of the state’s coastal waterbirds, Brown Pelicans are migratory, so while 8,000-10,000 adults inhabit the state during the spring and summer nesting months, our population dips as most head south in the fall.

Independent researchers John Weske and Micou Browne have banded pelicans in North Carolina for over 30 years. The federally-issued metal bands bear a unique 9-digit number and are worn on the leg like a bracelet. Band reports, usually made when a dead bird is found and the band is noticed, over the years illustrate where the pelicans go during the winter, and John was kind enough to sift through the records for us.

Of the pelicans that were banded on the Cape Fear River and recovered elsewhere, nearly 40% were found in Florida, followed by 36% in North Carolina.

The next two leading states were South Carolina and Georgia, as one might expect. However, other locations where Cape Fear pelicans have turned up include Virginia, Maryland, and Rhode Island to the north (dispersing north before migrating south helps birds scout for new habitat) and Cuba, Belize, and Costa Rica to the south.

But the farthest-flung and most unusual pelican recovery by far was made in Nova Scotia. A nor’easter could have blown the unfortunate pelican off-course. John recalls, “It was found alive on a roadside in December, of all times, near South Ohio in far southwest Nova Scotia. It became something of a celebrity, worthy of three articles in the local paper, and was finally flown successfully to Florida by Air Canada to recuperate at a rehab center in the Sunshine State.” Another pelican, which was named Ralph by his rescuers, also ended up in Nova Scotia and received a free ride back south as well!

As we saw, although most of North Carolina’s pelicans do migrate, some flocks still do linger into the winter.

See Part II of this series on wintering North Carolina pelicans to discover what happens to pelicans when it freezes. 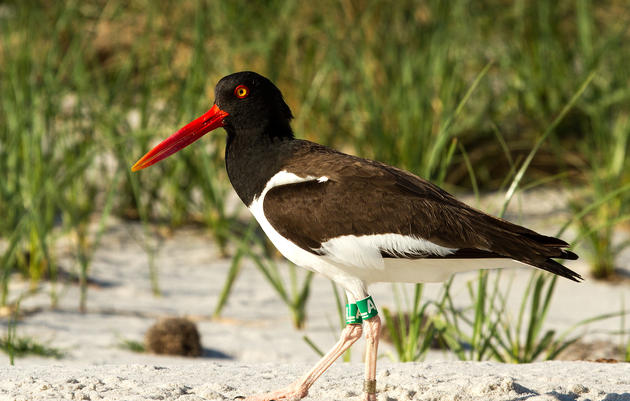 We hope these FAQs on coastal birds will help you find the birds you most wish to see, better support birds during nesting and migration season, and more! 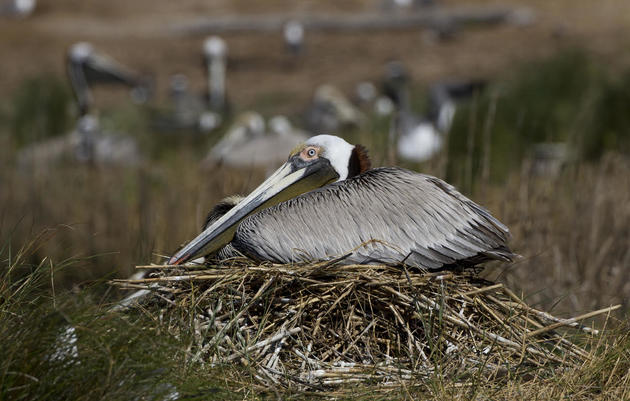 What Happens to Pelicans When It Freezes?

While most of North Carolina’s Brown Pelicans migrate south, some remain in the state throughout the (typically milder) coastal winter. When temperatures dip below freezing, however, it's important to know how to help birds in need. 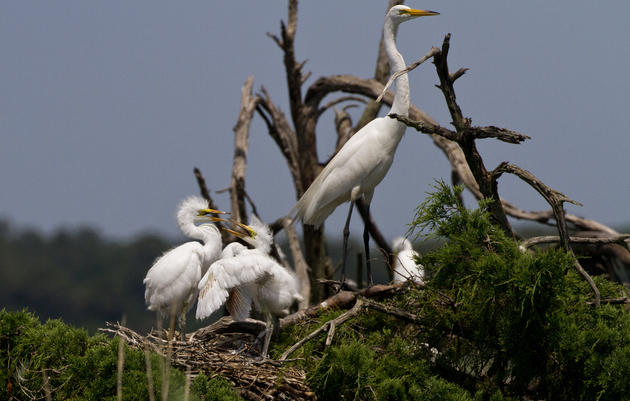 A Partnership to Protect over 50,000 birds along the Cape Fear River

Funding from The Orton Foundation will allow Audubon to manage eight islands on the Cape Fear River with the goal of increasing nesting pairs and populations.

Donate to Help Save Birds