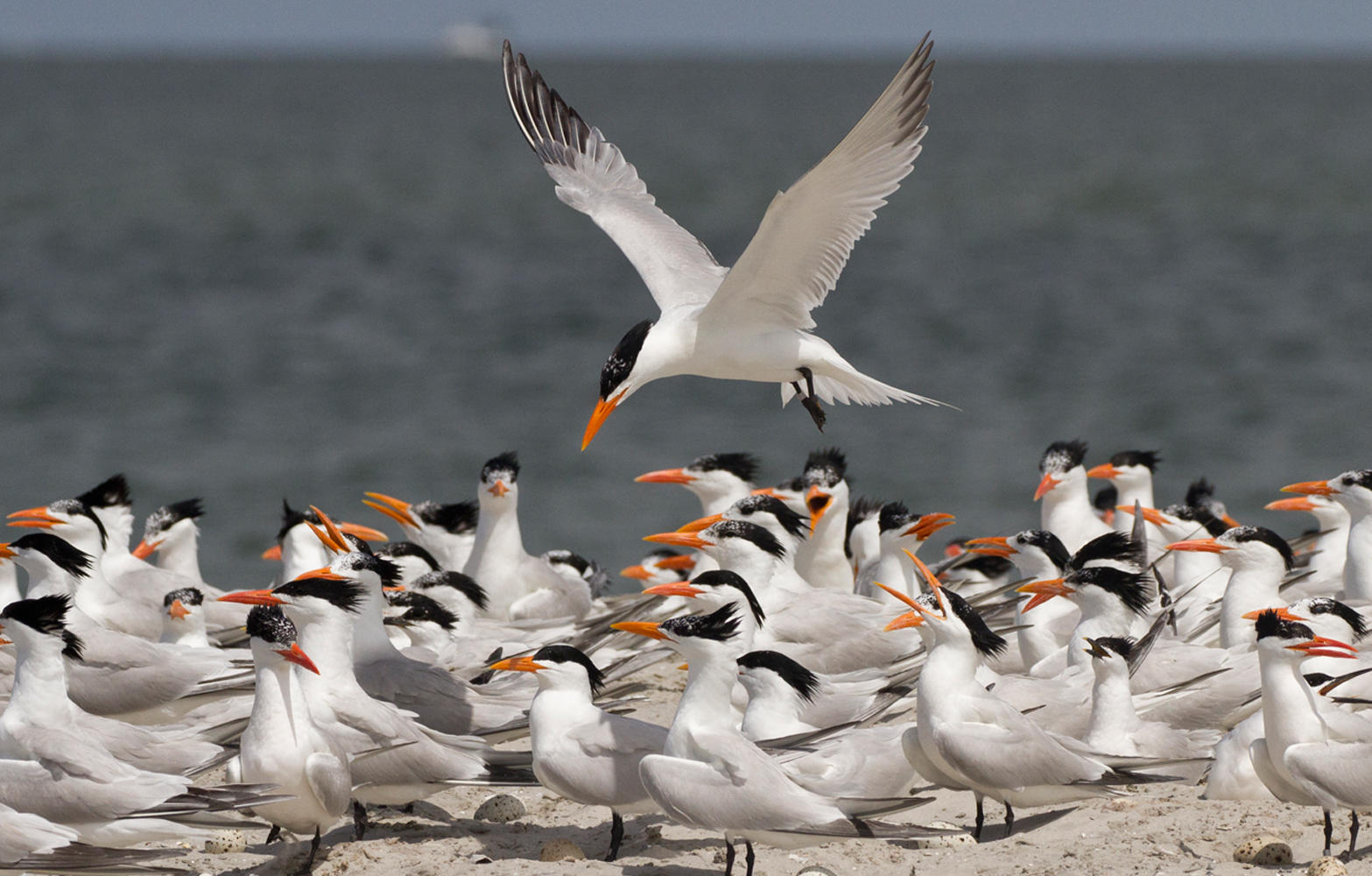 Core Sound is a large, shallow body of water situated behind Cape Lookout National Seashore. Though it’s dotted with small marshy islands behind the barrier beaches, it does not have a lot of natural sand for nesting Royal and Sandwich Terns. That’s why the few manmade dredged-material islands are so important for the state’s populations of these species. However, one of the handful of islands where they do nest in North Carolina—only 5-6 in the past six years—had eroded into a sub-tidal shoal in 2013.

Wainwright Island is situated at the northern end of Core Sound. Owned and managed by Audubon North Carolina, the island has hosted colonies of over 3,000 pairs of Royal and Sandwich Terns. A small dredge project in the winter of 2014 didn’t supply enough sand to re-make the island, and so it remained unavailable to nesting birds—until this spring.

Last August, we heard great news that Carteret County was pursuing a permit to improve the navigational channel that runs nearby and place the sandy dredged material in the footprint of Wainwright Island!

The project engineers worked with Audubon to make sure the specifications would meet the terns’ requirements: a dome-shaped island that was several feet above the mean high tide, so parts would remain safely dry during storms and king tides. When the dredge equipment finished removing sand from the channel in early April, they left behind a sandy lump about 3.5 acres in size and about 7 feet above high tide at its apex.

When Audubon and NC Wildlife Resources Commission staff visited Wainwright Island on May 26 for the first time since posting in April, the only birds nesting on it were a pair of American Oystercatchers, who probably couldn’t believe their luck in finding a secluded island! They were busy incubating a three-egg nest, while a small flock of Royal Terns loafed on the shore.

We returned this week on June 5 to check on the oystercatchers’ progress and see if Royal or Sandwich Terns were making a late start nesting (they usually start laying in early May). We were very pleased to find the oystercatchers tending to three young chicks, as well as about 100 Royal Terns and 15 Sandwich Terns with eggs and about 300 more roosting on the island, possibly as a precursor to nesting.

We’ll be returning in a week or two to count the terns’ nests for the statewide Colonial Waterbird Census and, hopefully, band the oystercatchers’ chicks.

For more news and photos on our coastal initiatives, check out the Wrightsville Beach Bird Stewards blog! 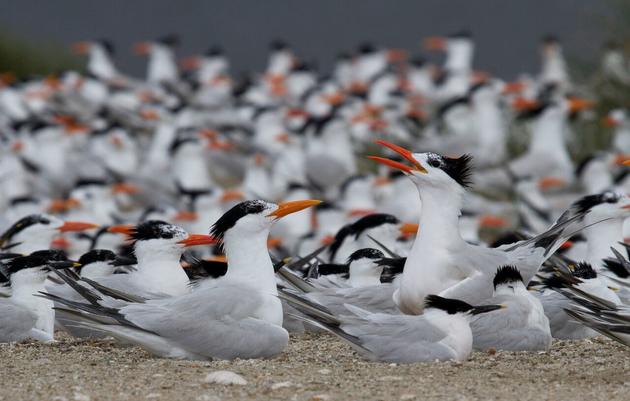 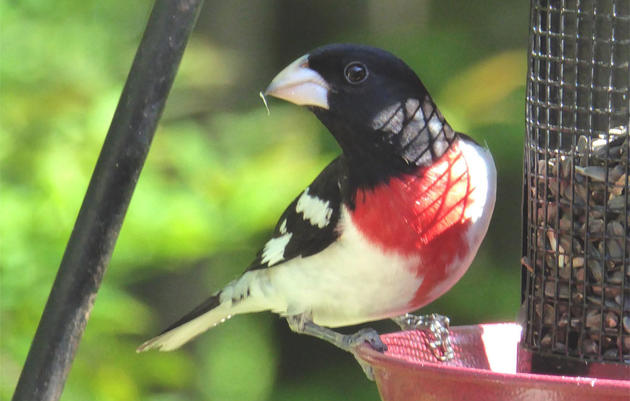 “Shade Grown Coffee Supports Migratory Birds” is the new badge of honor for local coffee shops and roasters in Asheville and soon, across the state of North Carolina. 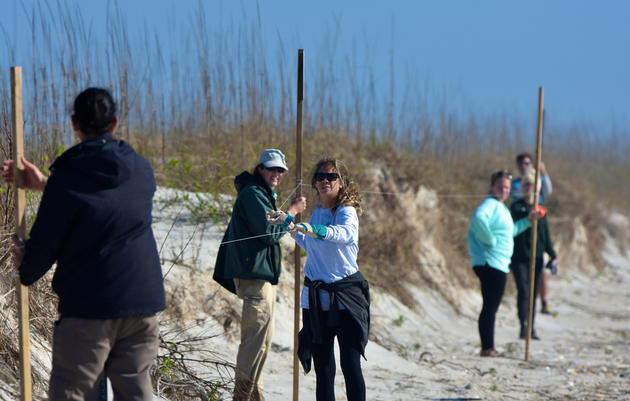