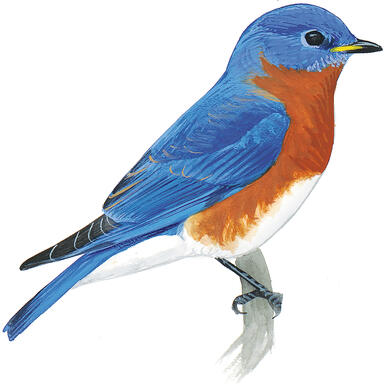 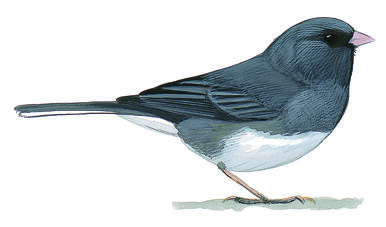 Adrianna Nelson was nine years old when she glimpsed a Dark-eyed Junco outside of her window on a winter morning in Tennessee. She knew little of birds and didn’t have anyone in her life to explain them to her. “I was especially curious because I thought all birds migrated to Florida for winter,” Adrianna recalls. “I had limited knowledge of bird migration.”

A lot has changed since then. Today, Adrianna is a freshman at Appalachian State University and in February was named American Birding Association Young Birder of the Year.

The Young Birder of the Year competition honors teenagers for their skills and leadership on a number of conservation and bird-related issues. As part of the competition, Adrianna created a portfolio for a panel of judges in two major modules, Field Notebook and Conservation and Community Leadership. Part of that work involved building and installing bluebird boxes in her hometown of Bristol, a significant accomplishment.

Adrianna was impressed with the knowledge and skill level of her peers. “They were very involved people, so I was surprised to win,” she says.  The American Birding Association is a national non-profit that provides leadership to birders by increasing their knowledge, skills, and enjoyment of birding, including programs specifically focused on teenage birders.

After winning the award, Adrianna doesn’t plan to slow down—she is staying busy spreading the joy of birds.

Adrianna currently serves as the outreach coordinator for the High Country Audubon Society. She keeps everyone up to date on walks and meetings by putting the information online and sending it to the local newspaper. She also organizes presentations and the chapter’s presence at local events. “Overall, I try to extend our reach into the community,” Adrianna says.

She is spreading her love of birds around college as well. Adrianna is the vice-president of the Audubon campus chapter at Appalachian State University, which is one of 120 student chapters across the U.S.

Back home, Adrianna is the Sullivan County Coordinator for the Tennessee Bluebird Society, which is why she made a bluebird trail for her project. “I will continue my outreach work,” Adrianna says.

Although she has never had a mentor and had to teach herself, Adrianna advises young birders to get with experienced birders to pick up skills quickly. She is adamant about getting younger people involved in ornithology and other outdoor activities.

Adrianna has stayed interested in birds because of the diversity of species and large amounts of information available about birds. “You can never learn everything about one bird.”

Her favorite places to go birding at home are along the South Holston River and nearby hotspots. Even with the Covid-19 quarantine going on, Adrianna continues to bird every day; whether it be at a local hotspot or just around the house, the virus has not stopped her from enjoying birds.

While she loves to bird with other people, she often finds herself going alone, which makes social distancing easy for Adrianna. “I think birding is a great way to get outdoors, get some exercise, and relieve stress during this odd time,” she says.