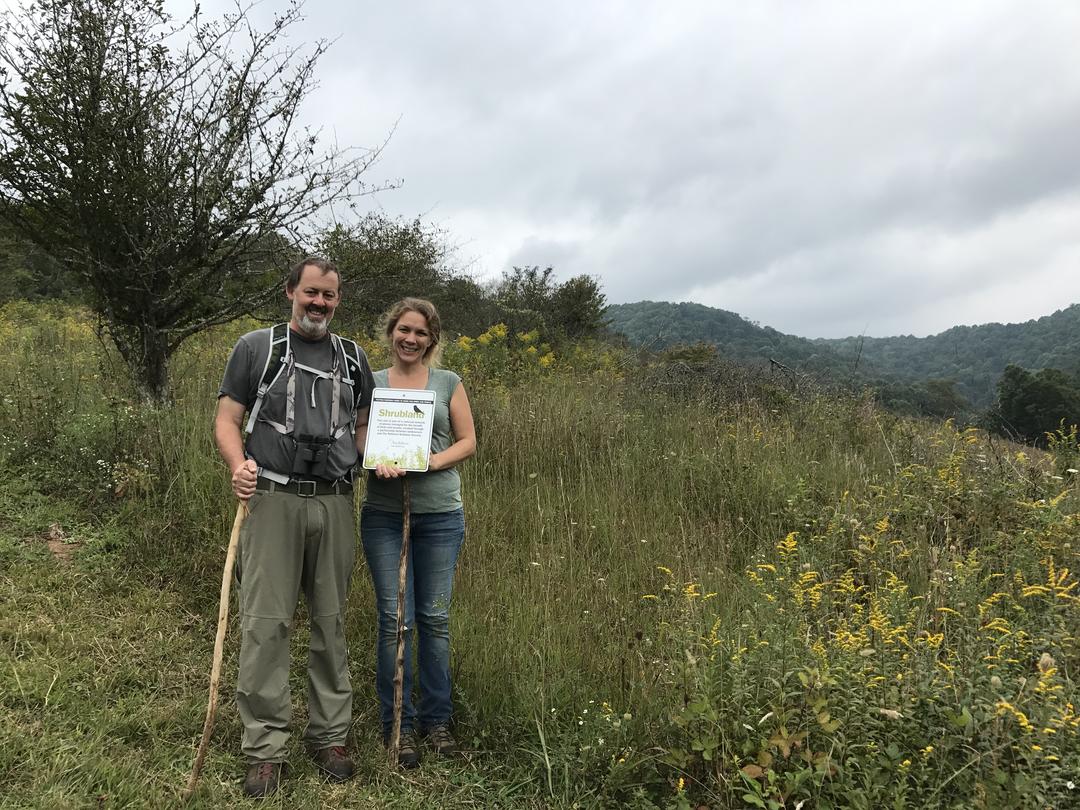 Audubon North Carolina's Working Lands program represents the future of the Atlantic Flyway's priority bird species. In North Carolina, 80% of the land is privately-owned: if Audubon can inform bird stewardship practices on just 1% of these lands, we have the ability to positively affect more than 300,000 acres!

In this series, we profile local landowners to share all the amazing and exciting ways various properties can be enhanced to support struggling populations of priority bird species.

If you’re a landowner interested in accessing funding to support environmentally sound practices- especially those that benefit birds- get in touch by emailing atomcho@audubon.org.

Being in a Golden-winged Warbler focal area, they set their vision on a habitat restoration project for this imperiled bird.

Much of the historically grazed and burned mountain top pastures began to grow dense with vegetation before the Temples bought the property. This overgrown vegetation limits the number of breeding territories available to the ground-nesting Golden-wing.

Our volunteers are an essential part of this process: after learning how to help restore habitat for Golden-winged Warblers, they are connected to landowners like the Temples, or work on their own land, to help these critically threatened birds by spreading knowledge and sharing best land management practices.

Inspired by this awareness, the Temples enrolled in the Working Lands for Wildlife cost-share program to restore nearly 50 acres to early succession, and immediately began a demonstration restoration habitat on their own.

While they awaited funding approval from the Natural Resources Conservation Service’s Working Lands for Wildlife program, the Temples began to employ some the of the recommended management practices on one acre as a demonstration of what the next 50 acres would become with the work that would soon follow. By doing this, they were able to get confirmation from Audubon that the techniques they employed for vegetation thinning were appropriate.

Of course, multiplication doesn’t happen overnight in nature! This spring, half a year after the Temples finished restorations, Audubon conducted surveys at the property that revealed three existing Golden-winged Warbler territories remained stable following restoration efforts with some indications (based on the Temples' overservations) that an additional territory may be forming.

The Temples continue to prioritize stewardship on their land. More than 20 bird species were documented this spring, but beyond the number of species (surveys followed a limited 17 minute protocol) was the positive representation of all forest guilds by the birds- from mature forest (Wood-pewee, Pileated Woodpecker, Scarlet Tanager) to shrubland (Eastern Towhee, Chestnut-sided Warbler) to grassland (Field Sparrow).

Audubon North Carolina is happy to be partnering with the Temples as they aim high for Golden-winged Warblers!