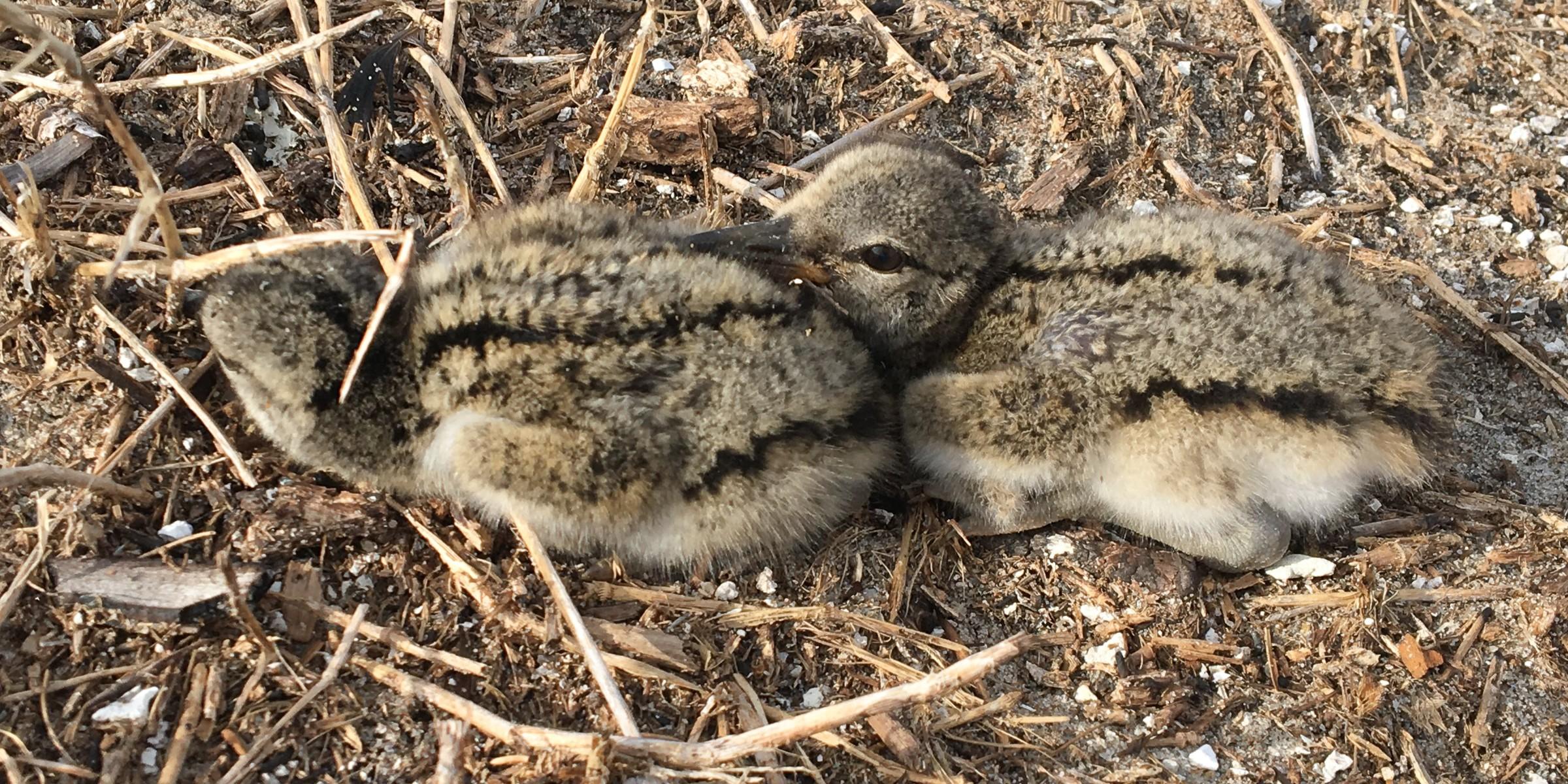 Toxic metals in these American Oystercatcher chicks’s feathers will indicate the extent of heavy-metal contamination in shellfish they consumed. Photo: Anna Zarn

As a student working toward a PhD in Marine Biology, I prefer research that applies to real-life problems over research that’s mostly theoretical. Living in a coastal town like Wilmington, North Carolina, it’s clear to me that water quality is an important issue. It has direct impacts on human health and wellness, the health of coastal species, and even our economy. Aquatic habitats like estuaries and salt marshes along the coast provide crucial ecosystem services including everything from nutrient cycling and soil formation to recreational activities like sport fishing and bird watching. Because water quality is so important, I’m eager to see what I can learn about it in the Lower Cape Fear River.

This particular project is funded by the National Fish and Wildlife Foundation and is a collaboration between the North Carolina Wildlife Resource Commission, Audubon North Carolina, and the University of North Carolina Wilmington. I will focus on assessing toxic metal availability (mercury, arsenic, and selenium) in the Lower Cape Fear River using eastern oysters (Crassostrea virginica), ribbed mussels (Geukensia demissa), and American Oystercatchers (Haematopus palliatus) as biomonitors – organisms that indicate the quality of their environment

Arsenic, mercury, and selenium are known to build up through the food web which is why even small amounts at the base of the food web are cause for concern. Shellfish, such as oysters and mussels, are filter-feeders that absorb toxins from the water column. These toxins can then be transferred up the food chain to species that eat shellfish, such as shorebirds including the American Oystercatcher, and even humans. High levels of toxins can lead to serious health concerns including reproductive failure and even death.

To investigate the presence of toxic metals in this watershed, we began gathering baseline data in the summer of 2018. First, we chose six locations for shellfish collection which overlap with where American Oystercatchers are known to forage. Next, we began monitoring American Oystercatcher nesting sites. We collected eggshell samples from newly hatched eggs to determine the toxin levels in adult female oystercatchers that produced these eggs early in the breeding season. In the following weeks, we also plucked a few feathers from each chick once they were big enough to be banded, which can tell us about the toxin levels in food parents delivered to chicks.

Opportunistically, we also have been sampling shellfish throughout the fall of 2018 in response to Hurricane Florence to gather information on the storm’s impact on this ecosystem. Following severe storms, metals from sediments can be re-suspended, leading to a redistribution of metals in estuarine ecosystems. Additionally, the Cape Fear River was overloaded with toxins most notably from the Duke Energy coal ash spills (containing high amounts of mercury, arsenic, and selenium), but it remains unknown if this significantly impacted the food web downstream.

We will continue sampling in the summer of 2019 and 2020. Toxic metals in North Carolina estuaries are likely to increase over time and could reach dangerous levels if not monitored closely, and I’m eager to continue investigating the presence of these toxins in a place that I now call home—and want to be healthy for birds and people alike.

Anna M. Zarn is a PhD student at UNCW. She is working with Dr. Steve Emslie and Dr. Steve Skrabal to assess water quality in the Lower Cape Fear River with the help of Audubon North Carolina.