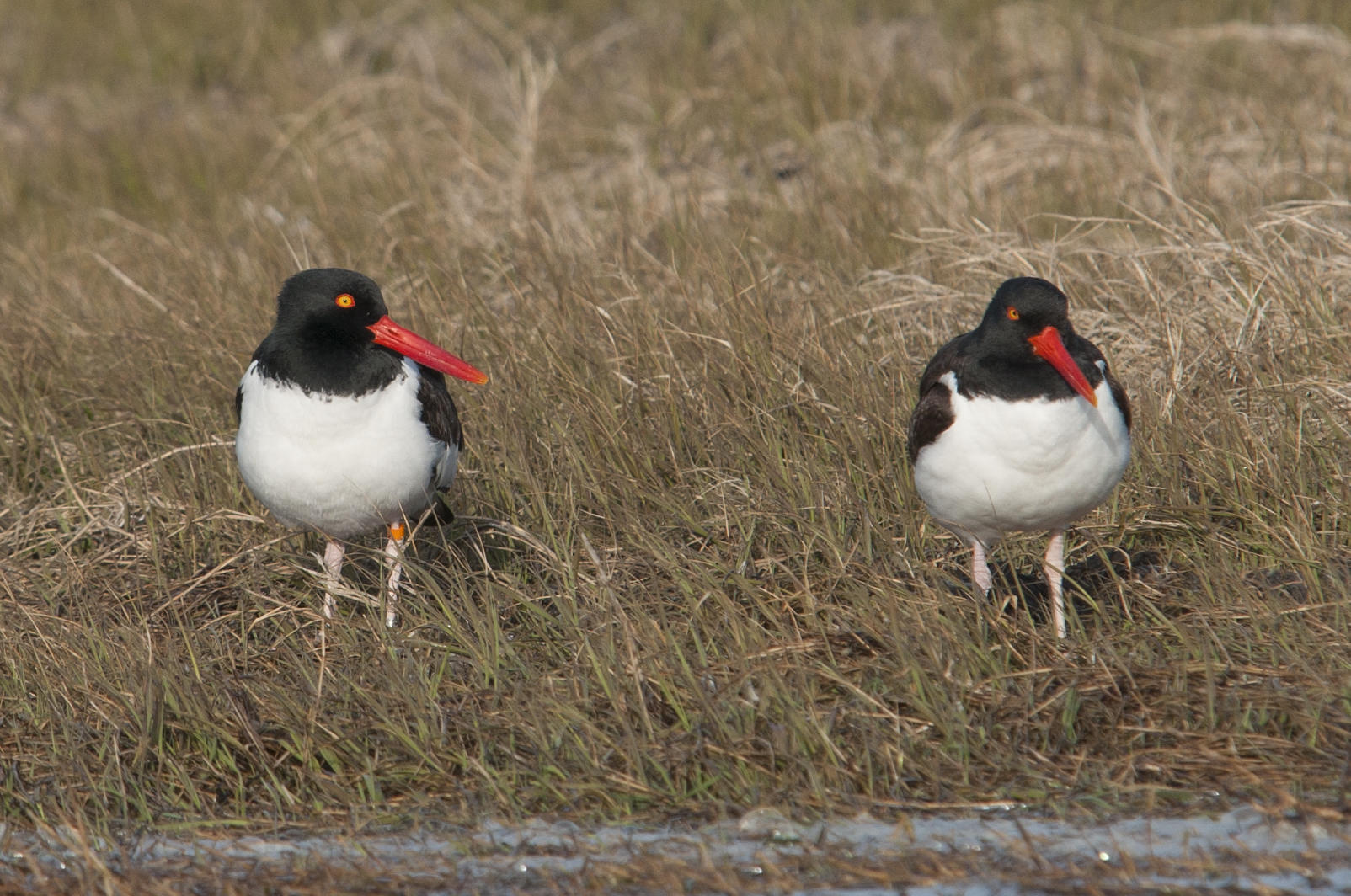 This fine bird is most striking in appearance and exceedingly conspicuous.
Coast

This fine bird is most striking in appearance and exceedingly conspicuous.

"This fine bird is most striking in appearance and exceedingly conspicuous. Broadly marked in solid brown-blacks and whites, with a large, brilliant vermillion-colored bill, red eyelids and a large yellow eye, there is no possibility of ever mistaking it for anything but what it is-the feathered king of the shell-strewn sand-beaches." (Birds of North Carolina, T. Gilbert Pearson, C. S. Brimley, and H. H. Brimley, 1919)

They're tall with striking black and white plumage, a large bright red-orange bill and a loud unmistakable voice. American Oystercatchers are probably the most recognizable of all North Carolina shorebirds. They occur along the North Carolina coast year-round. They nest on beaches and islands, and during migration and winter they gather on beaches and islands during high tide, and venture out to oyster beds and intertidal mud flats to forage during mid to low tide.

American Oystercatchers are listed by the State of North Carolina as a "Species of Special Concern." They are listed by nearly every Atlantic coast state as threatened, endangered or special concern, and the species is listed as a "Species of High Concern" in the U.S. Shorebird Conservation Plan. The main threats to this shorebird include its low population (11,000 birds on the East Coast), widespread loss of beach habitat, recreational disturbance, beach stabilization and predators that thrive in the presence of people. In partnership with several organizations, Audubon North Carolina launched the American Oystercatcher Conservation Initiative, the largest study ever conducted for a shorebird species in the state.

This ongoing study is assessing the productivity of oystercatchers nesting on beaches, natural islands and dredged-sand islands, and identifying the factors that contribute to nest and chick loss. A sample of chicks from all three types of nesting sites are banded with field-readable color bands. Studies of migration and winter habitats will document the distribution, abundance and potential threats at these areas. Volunteer birders can help with this project by submitting sightings of banded American Oystercatchers. Visit the American Oystercatcher Working Group website to learn more.