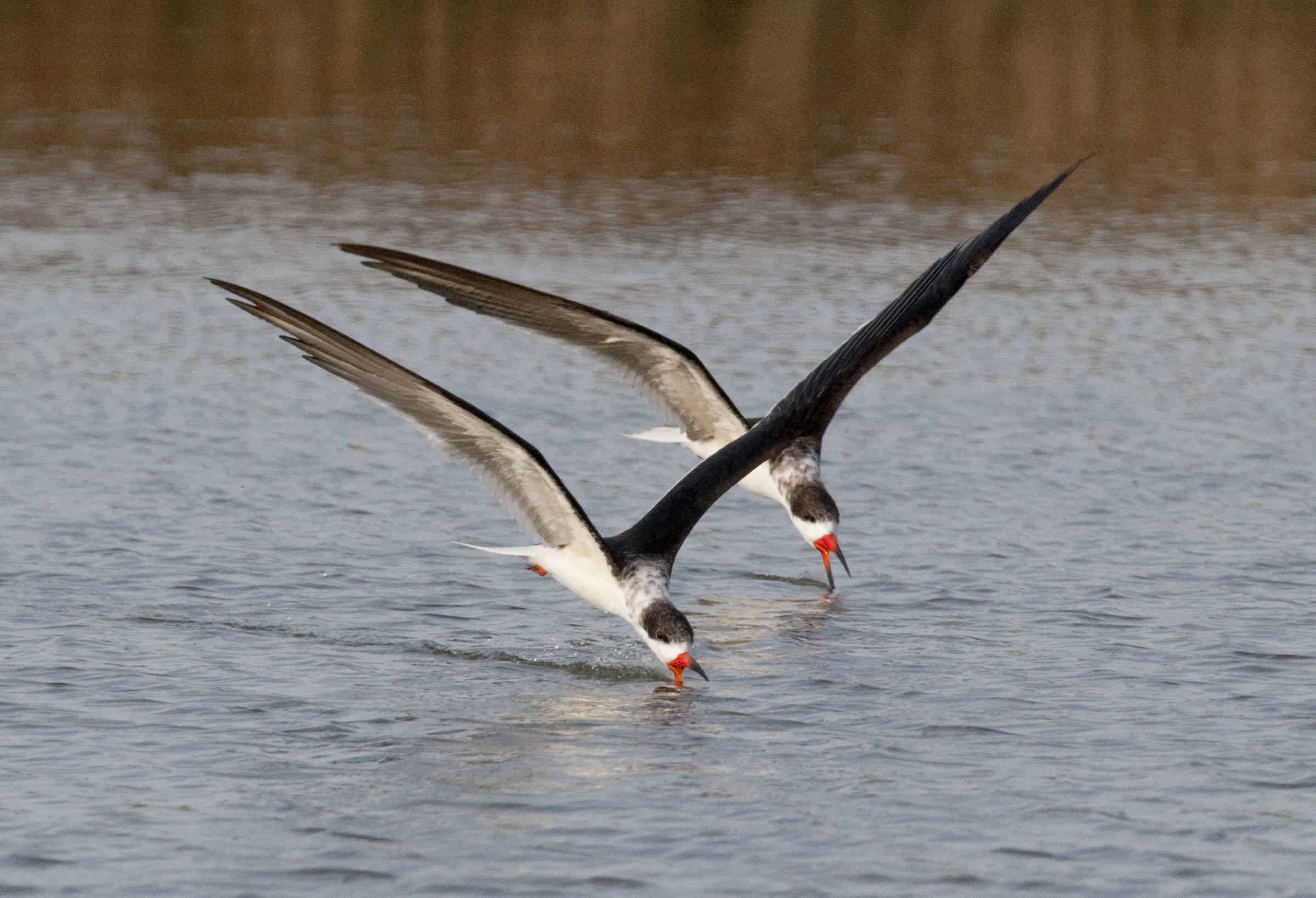 Black Skimmers are named for their unique foraging behavior: Using their brightly colored bill, they skim the surface of the water, and when they come into contact with prey—usually small fish—they snap that bill closed.
Black Skimmer Photo: Bill Stripling
Priority Birds

Black Skimmers are named for their unique foraging behavior: Using their brightly colored bill, they skim the surface of the water, and when they come into contact with prey—usually small fish—they snap that bill closed.

Black Skimmers are named for their unique foraging behavior: Using their brightly colored bill, they skim the surface of the water, and when they come into contact with prey—usually small fish—they snap that bill closed. They are also perhaps the most dog-like of birds. They often rest on the beach by laying prone on the sand like an exhausted dog, their calls resemble a dog barking, and in 1936 the ornithologist R.C. Murphy described them as “unworldly...aerial beagles hot on the scent of aerial rabbits.”

Their U.S. nesting range extends from the Gulf coast to Long Island, and they are most commonly found nesting on sandy beaches, spits and islands; in recent years some of North Carolina’s largest colonies (groups of nesting birds) have been on a dredge island in Hatteras Inlet and on Wrightsville Beach.

They are usually the last beach-nesting species to begin laying eggs, as they wait for other species to start nesting first. In this way, skimmers benefit from the colony defense of more aggressive species like the Common Tern and the Least Tern. In the fall, skimmers gather by the thousands at North Carolina’s inlets to prepare for their southward migrations. They depart for the Caribbean and South America by the end of November.

Like other beach-nesting species, competition with humans for nesting habitat is the main threat to Black Skimmers. Disturbance at nesting sites due to recreational use, as well as outright habitat loss from development and coastal engineering projects, have caused declines in Black Skimmer numbers. Fewer than 800 pairs nest in North Carolina, down from over 2,000 in the 1970s.

Audubon North Carolina is working to protect Black Skimmers from disturbance by monitoring nesting colonies at its managed sites, as well as working to engage and educate beachgoers during the summer months.

Important Bird Areas (IBAs) designate areas that are critical to bird populations in North Carolina. The following IBAs are important to Black Skimmers as nesting sites.

Audubon North Carolina’s staff and volunteers are working to protect Black Skimmers nesting on our beaches. Learn more about our conservation work for the Black Skimmer on the NC Audubon Blog!