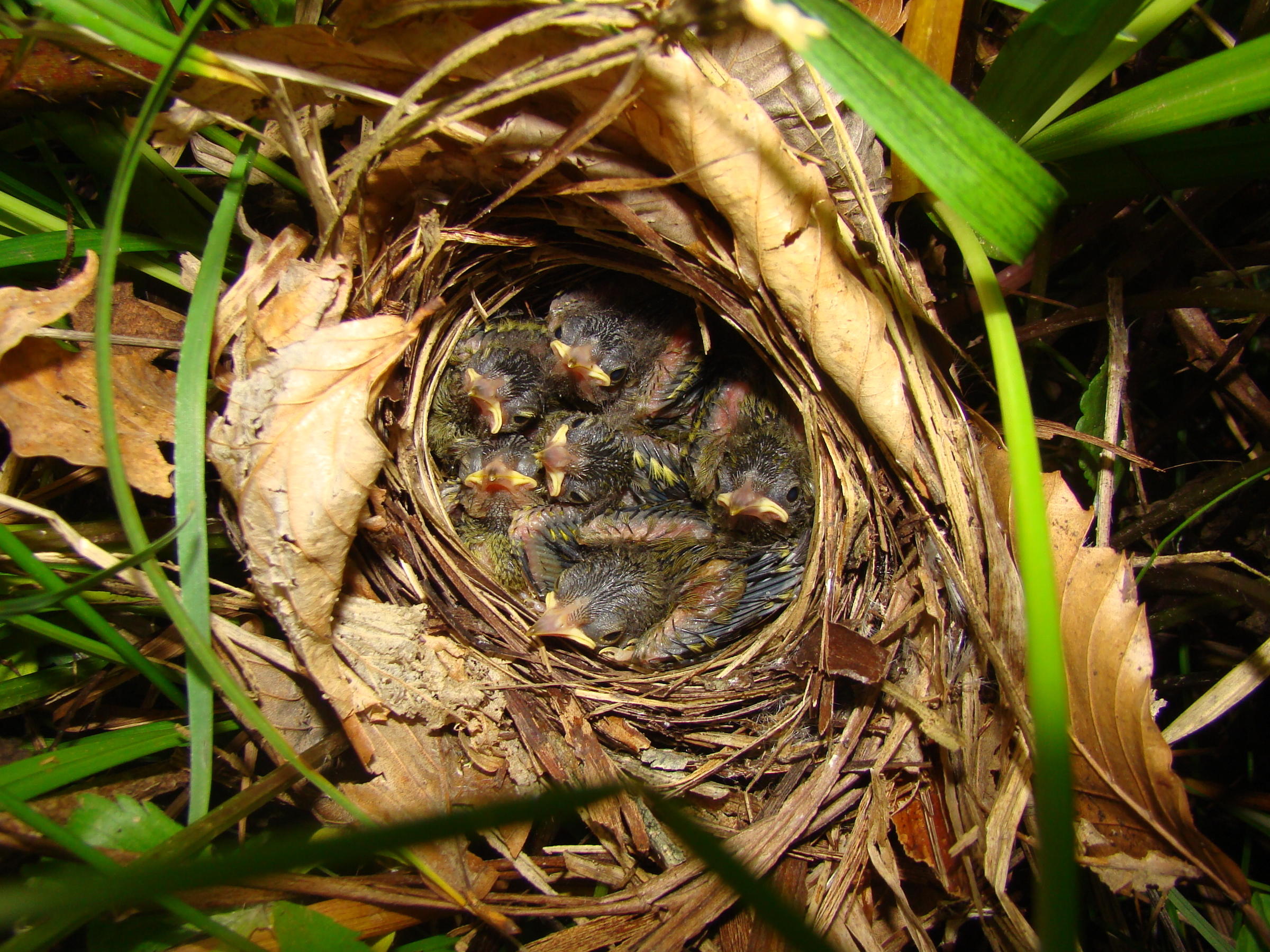 The rapid decline of the Golden-winged Warbler since the 1980s cannot be explained solely by habitat loss, and that mystery has attracted many scientists to study this beautiful warbler.
Photo: Curtis Smalling
Priority Birds

The rapid decline of the Golden-winged Warbler since the 1980s cannot be explained solely by habitat loss, and that mystery has attracted many scientists to study this beautiful warbler.

The Golden-winged Warbler has been petitioned for listing under the Endangered Species Act, in part due to increasing annual declines in certain regions of up to 8% throughout the past decade.

It’s a small, four-inch, one-third of an ounce (about the same weight as two quarters) migratory bird that breeds in eastern North America, and winters in southern Central America and northern South America. Difficult to see, Golden-winged Warblers primarily breed in open, scrubby areas identified by the term early successional habitat, or young forest.  They lay 3-6 eggs in a highly concealed cup-nest in weeds on or near the ground. About 1,000 Golden-winged Warblers breed in western North Carolina, making it imperative that we work to protect its habitat to ensure this tiny bird's survival.

The eastern United States is largely a forested ecosystem. Because it requires consistent management to keep it from growing into a mature forest, early successional forest habitat continues to decline in the East. In fact, the bird species that rely on this habitat show some of the steepest declines. Data from the Breeding Bird Survey illustrates that 50 out of 78 early successional habitat and shrub-land species are in decline. Audubon's 2008 State of the Birds Report demonstrates that species requiring this habitat, including the American Woodcock, Chestnut-sided Warbler and Golden-winged Warbler, are experiencing the greatest declines of any group dependent on a major habitat type.

Because 85% of the forested land in the eastern United States is privately owned, it is clear that individuals, families and corporations will play a vital role in maintaining early successional habitat and the species that rely upon it. In order to protect the Golden-winged Warbler and other species that share its habitat, Audubon North Carolina has enacted a landowner education and enrollment project. We are using a variety of tools to accomplish this goal, including federal and state incentive programs, educating willing landowners and managers (predominately on private lands but also on public lands), and utilizing our unique network to promote best conservation practices.

Curtis Smalling, Audubon's Director of Land Bird Conservation, has worked for many years to contribute to the knowledge base in support of preservation of this species - including the Golden-winged Warbler Conservation Plan. Thanks to your support, he is expanding Audubon North Carolina's work to conserve forest habitats.

Learn how Audubon's conservation programs are helping restore habitats for this priority bird.

Through a national climate study, Audubon has identified the Golden-winged Warbler as a climate threatened bird. Learn more here.